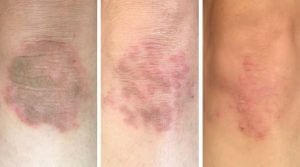 This error message is only visible to WordPress admins


Error: API requests are being delayed for this account. New posts will not be retrieved.

Make sure this account has posts available on instagram.com.

Error: admin-ajax.php test was not successful. Some features may not be available.

Please visit this page to troubleshoot.

Shilajit is a daily supplement that promotes mental clarity, while boosting natural energy, and protecting the body from harmful toxins; backed by science. It’s one of Mother Nature’s most powerful compounds and delivers up to 85+ ionic vitamins and minerals in just one pea-sized serving.

The International Journal of Alzheimer’s Disease is quoted as saying,

“Shilajit, its main components, and potential uses based on properties of fulvic acid. This phytocomplex known as shilajit is mainly composed of humic substances.

One of them, fulvic acid, is known by its properties such as antioxidant, anti-inflammatory, and memory enhancer.

Novel investigations indicate that fulvic acid is an anti-aggregation factor of tau protein in vitro [1], which projects fulvic acid as a potential anti-Alzheimer’s disease molecule.”

Read More in the extensive description below

Did you know that just a pea-sized serving of Shilajit contains about 85+ ionic vitamins and minerals? How many of your daily multivitamins pack that kind of punch? This 30 gram jar of pure, organic Shilajit just might be the holy grail of dietary supplements. Shilajit (commonly known as “stone oil”) is a sticky resin that comes from rocks found deep within the Himalayan and Altai mountains. It’s a natural occurring phytocomplex that has been formed for centuries by the gradual decomposition of super plants by way of tiny microorganisms. Shilajit is one of the more unique substances incorporated into Ayurvedic medicine and is one of Mother Nature’s most powerful compounds.

In the year 1870, British explorer, Sir Martin Edward Stanley observed that monkeys in the Himalayan mountains appeared to remain healthy and agile in their old age, unlike their counterparts from Europe. The monkeys were seen scraping a black, tar-like substance off the side of the mountain rocks and regularly snacking on it. The local indigenous people confirmed that this substance was pure Shilajit and they believed that it was responsible for the monkey’s good health.

What Are the Health Benefits of Shilajit?

How Should I Use Shilajit Resin?

Shilajit is completely safe to ingest daily as a dietary supplement and has been used for centuries in Ayurvedic medicine to treat a myriad of ailments and improve overall vitality and quality of life. You might find Shilajit on the market in various forms and consistencies such as: powder, resin, and supplements. Most experts recommend that you opt for shilajit resin as it is considered to be the “purest” form to ingest. In it’s “silly putty” like state this moisture level allows you to pull a small amount Shilajit from the glass jar, roll it into a ball and take it like a pill. If you would rather not get your hands dirty then you might want to use the included scooper tool and scoop your shilajit (the size of a grain of rice and work up the dose to the size of a pea) into filtered water and consume it as a beverage. We recommend having a flavorful chaser nearby as the shilajit has a smokey, mineral-like flavor that some might find to be unfavorable.

How Long Does It Last?

30 gram jar of pure Shilajit resin should last between 4-6 months with daily use.

Read More about the Benefits of Shilajit.

There are no reviews yet.

Be the first to review “Shilajit – 30 gram” Cancel reply

This site uses Akismet to reduce spam. Learn how your comment data is processed.

X
We use cookies to ensure that we give you the best experience on our website. If you continue to use this site we will assume that we have your consent. OkPrivacy policy